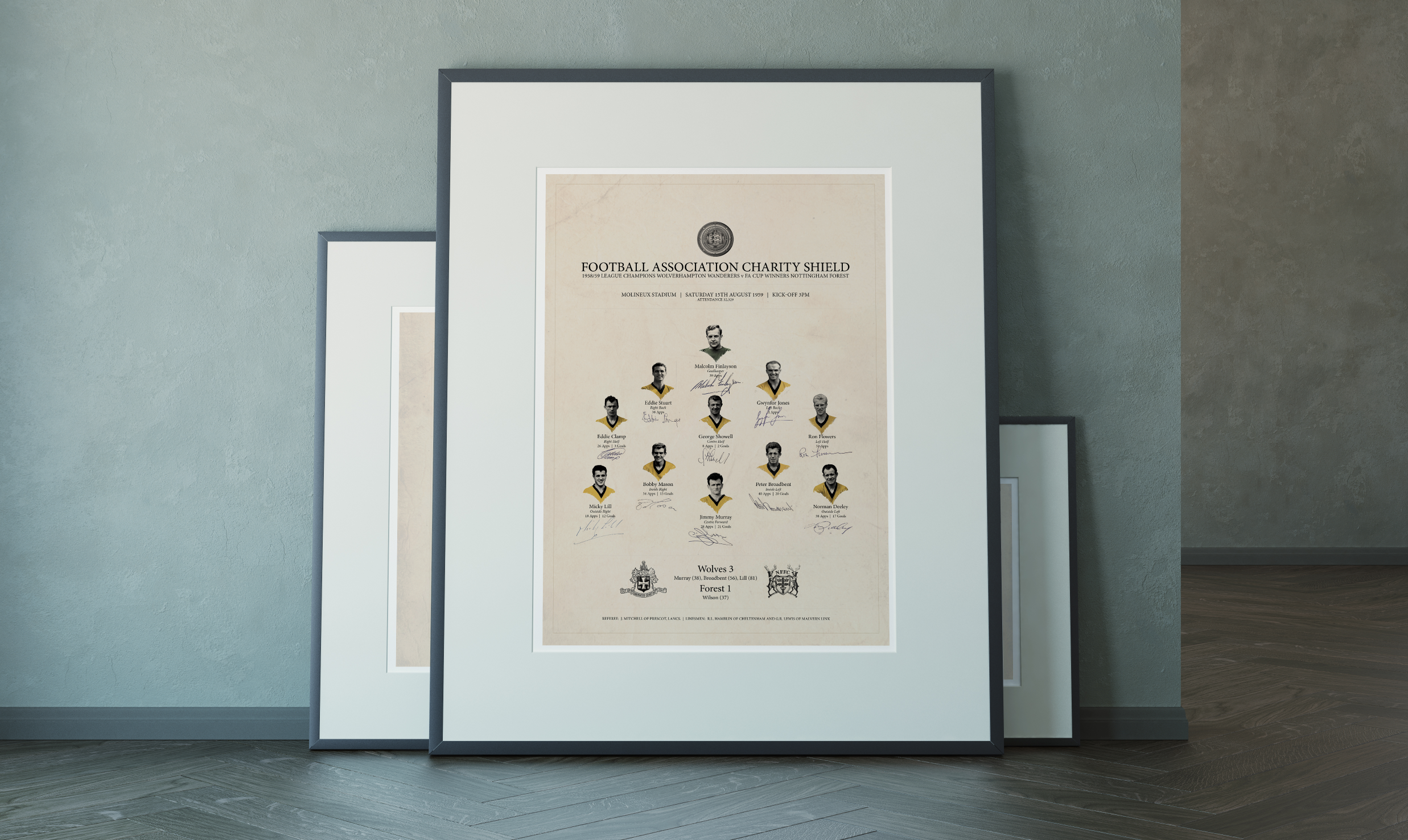 The diamond anniversary of Wolves only outright win of the FA Charity Shield is approaching. They have shared it on several occasions by drawing the match but this is the only time they have won it.

Wolves came from behind to beat Nottingham Forest 3-1 on Saturday 15th August 1959 with goals from centre forward Jimmy Murray, inside left Peter Broadbent and outside right Micky Lill.

This commemorative poster features the players who took part in the match against Nottingham Forest, along with their appearance and goal stats from the title winning 1958/59 season. Each player’s signature has also been scanned and overlaid.

This is the first in a series of similar works which celebrate key games in Wolves’ illustrious history with the 1949 and 1960 FA Cups and 1988 Sherpa Van Trophy victories also created.