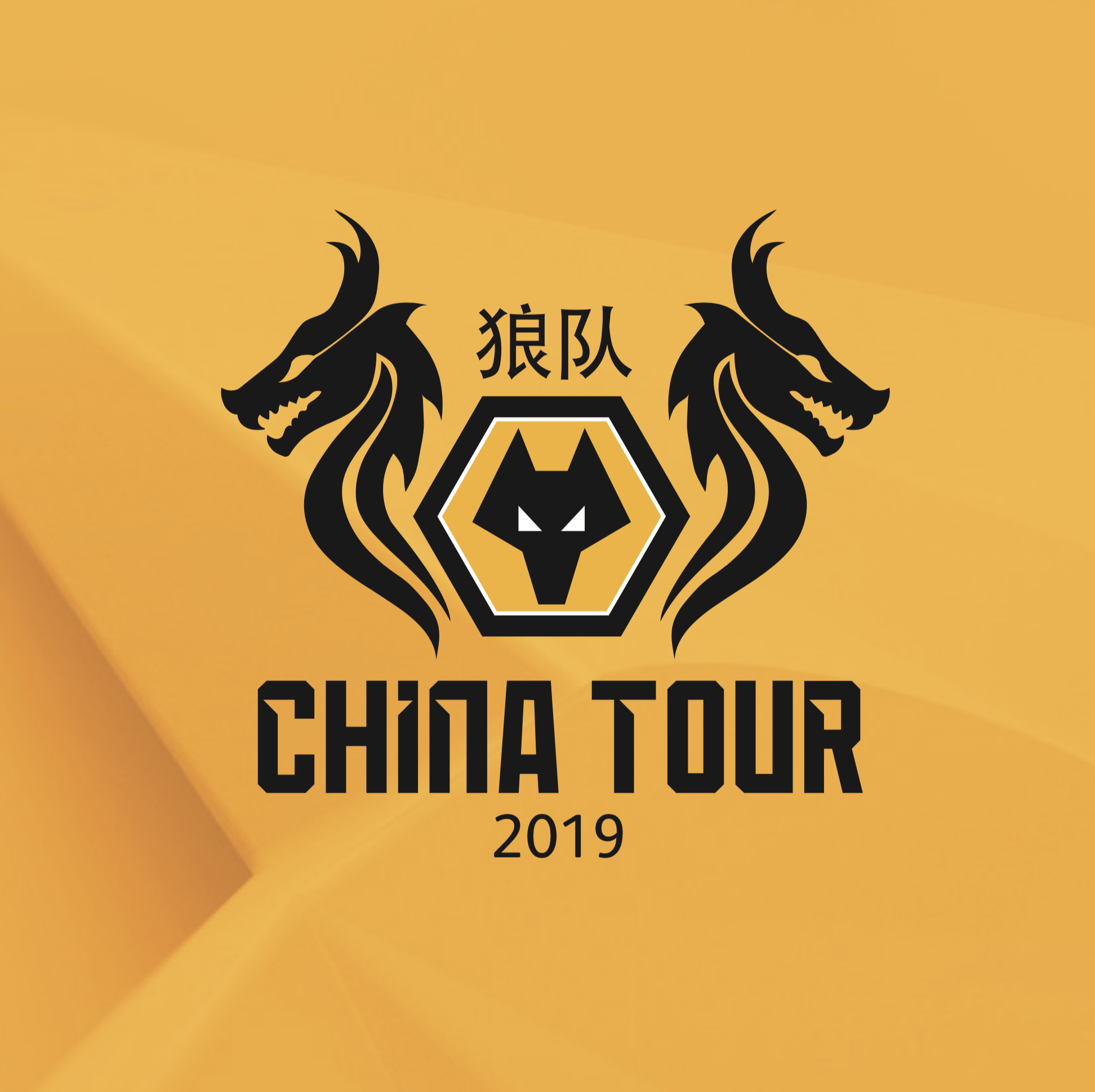 Over the summer, we were asked to create a fitting brand for Wolves China Tour which saw Wolves compete against Manchester City, Newcastle United and West Ham for the 2019 Premier League Asia Trophy.

The project included a logo, merchandise, supergraphics for the Chinese training arenas used by Wolves during their stay and even a beer bottle label.

We were thrilled when Wolves were the eventual winners, beating Manchester City on penalties in the final.